9 out of 10 Peppers = Extra Spicy
Billing itself as the first Indian-Pakistani restaurant in downtown Long Beach, the newly opened Kabob Curry serves up delicious food at economical prices in a casual atmosphere.

The Details: There are so many things about Kabob Curry that appeal to my Indian sensibilities. First, when I saw that it offered the popular (yet elusive in the States) soda Thums Up, I could feel the giddiness overflowing in me like the bubbles in an excitedly shaken bottle of the sickly sweet classic Indian cola. Second, prices here are C-H-E-A-P. Even my dad would approve -- and this is the man who once tasked me with finding "a sit-down restaurant in Los Angeles where I can get lunch for under $5." Well, Dad, I finally found your place.

So, Nick and I splurged (well, by Indian standards at least!). We got: 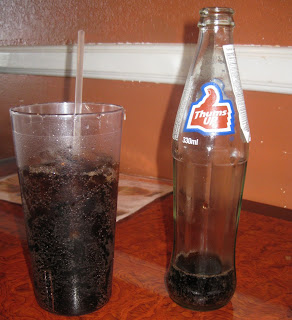 The aforementioned Thums Up. Nick insists it tastes like a Coke, but, while it is now owned by soda giant Coca-Cola, to me it's always tasted markedly different than an American Coke. Of course, before finding it at Kabob Curry, it had probably been a decade since I'd last tasted one. I've been to Atlanta's World of Coca Cola since then, but I don't think it's in the sample room. No matter, I can get my fix now. 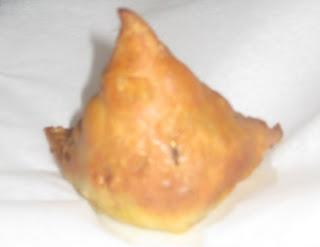 Nick ordered a Keema Samosa. The appetizer comes with only one samosa (the menu did tell us that in advance) and ours was small in size, but Nick enjoyed it and said he'd order it again. 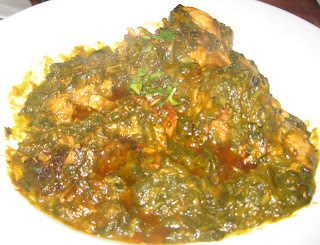 I ordered the Chicken Saag. I may be biased (ahem), but I really do love saag. And this dish of spinach and chicken was excellent. It doesn't come with rice, and I didn't order any, but basmati rice is available at $2.50 for one person or $3.99 for two. 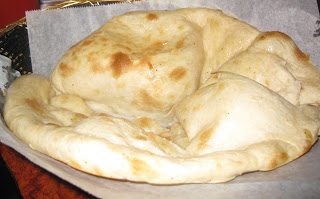 I got the plain naan, partly because I scored a coupon for free naan from a woman across the street. Because the restaurant is new (it opened about a year ago in October 2009), she was handing out fliers with menus and the coupon. This naan is usually $1.25, but the restaurant also offers some unique stuffed naan items on the menu (stuffed with fillings like cauliflower or ground lamb) that I want to  try later. The naan took longer than the rest of our order to come out, which annoyed me, but it was toasty warm when it arrived. 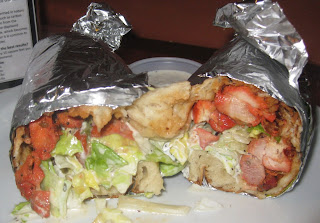 Nick ordered the Chicken Tikka Roll. I love how convenient this dish is: it's boneless tandoori chicken with lettuce and kabob curry sauce all wrapped up in warm naan. It's like an exotic sub sandwich. Any takers?...Hello, Jared? 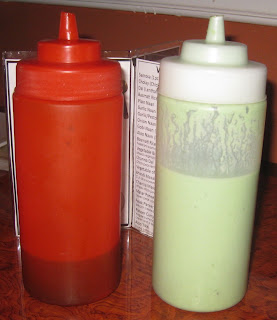 Two sauces -- a mint yogurt sauce and a sweet tamarind sauce -- were on each table. Since the condiments were in squeeze bottles (instead of the typical  Indian glass or clear plastic jars with the tiny spoons), it too make an unusual allusion to American sandwich shops. But I can't knock the convenience. 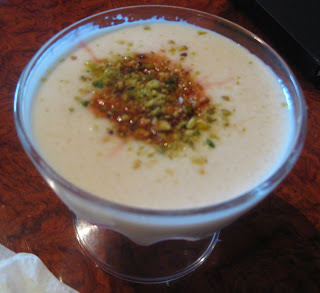 I ordered Kheer for dessert. It was super frothy and the rice grains looked almost pulverized into itty bitty granules, but taste-wise, it was awesome. It included a garnish of pistachios. 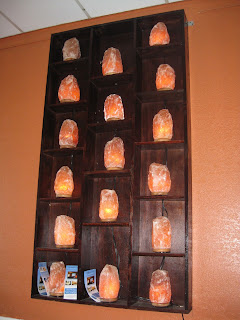 Next time, I'd like to try the Mango Ice Cream, because it's served on a tray with Himalayan Salt, the same kind the restaurant uses in its cooking and what apparently makes up these cool lamps (shown) that adorn the walls of the restaurant. Also, the restaurant is launching a weekend lunch buffet starting October 9, so I will have to go back and check that out too.

On the downside, you do need to remember to bring quarters for parking; the restaurant doesn't have its own lot. Also, there's a bizarre chandelier in the front entrance that looks out of place (and previous tenant's sloppy seconds, perhaps?). And do keep in mind that this restaurant is casual. Please promise me you won't take a date here, at least not a first date -- she may fall in love with the food, but probably not so much with you.

Has anyone else tried Kabob Curry yet? What do you think? If you try the lunch buffet before I do, please feel free to leave a comment about it below!