I offer up an exotic Indian twist on this traditional holiday gift-able sweet. 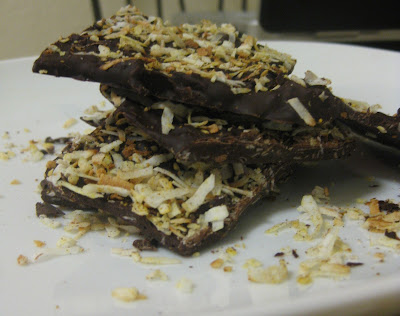 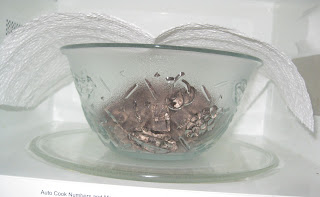 2. Put the chocolate in the mixing bowl. Cover the bowl with a paper towel. Microwave on high power for two minutes. 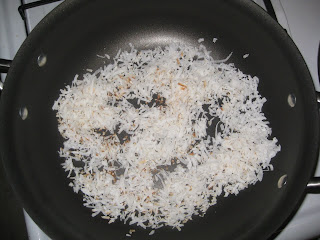 3. While the chocolate is melting, pour the coconut into the skillet in a thin even layer. On low heat, toast the coconut, stirring frequently. 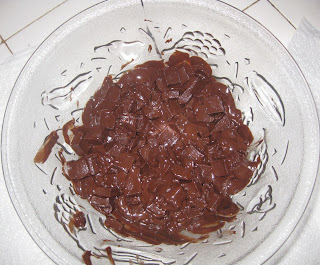 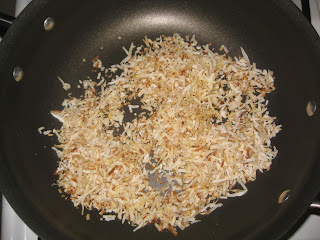 6. Now that the coconut has been toasting for about four and a half minutes, add a 1/2 tsp. of the curry powder and a 1/2 tsp. of ground cinnamon to the skillet. Stir frequently for 30 seconds, then turn off the heat and remove the skillet from the burner. 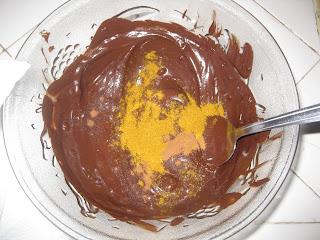 7. Add the remaining 1 tsp. curry powder and 1/2 tsp. cinnamon to the melted chocolate. Stir through. 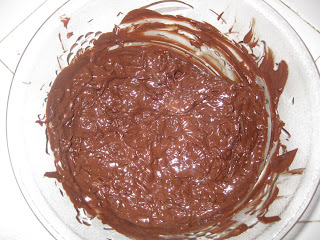 8. Add about 3/4 of the coconut mixture from the skillet into the mixing bowl with the chocolate. Fold in. 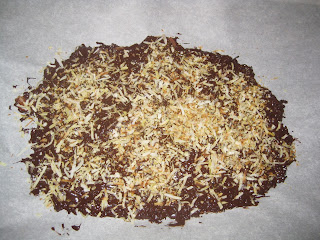 9. Spread the mixture thinly onto the parchment paper. Pour the remaining coconut-spice mixture on top of the bark. Refrigerate for about an hour. 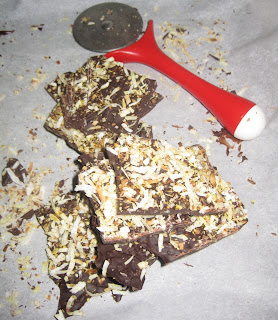 10. Use a pizza cutter to break into pieces.
Makes about 14 pieces.

But fusion cuisine, now that I can do. So, with the holidays swiftly approaching, I developed this recipe as an exotic version of the American holiday favorite: chocolate bark. A few years ago, I made a white chocolate bark with broken candy cane pieces and gave it out as a casual Christmas gift. I got great feedback on this gift.

This year, I had friends taste-test this bark. Actually, I put them on the spot and asked them to guess the secret ingredient. (OK, so it's not a secret for you since you've read the recipe already, but I wanted them to say "curry powder.") I heard a range of guesses that were all in the correct range -- cumin, turmeric, and coriander, to name a few. I also got comments it was clear there was a "warm taste in the background," "a distinctive aftertaste," and that it should be "inhaled, and not just tasted on the tongue." I know -- my friends sound a lot more sophisticated than I do!

Later, Nick, who already knew what the secret ingredient was, surprisingly liked this bark too. I say surprisingly because Nick doesn't generally like dark chocolate. He's more of a sweeter milk chocolate guy, but I think it was the coconut that won him over.

Oh, and yes, I know that chocolate is better melted using the double boiler method, and it was also suggested to me (quite correctly, actually, I will also acknowledge) that instead of using a ready-made curry powder mix, I would be better off selectively picking the individual spices in the correct proportions, maybe even grinding them myself. And, I would even make my own suggestion that it's more fun to break the bark into pieces by slamming the pan on the counter, rather than quietly slicing with a pizza cutter.

But, again, let's face the facts: I didn't have the time to pull the bark out of the refrigerator until 1 a.m. (And I'd be willing to bet I'm not the only one with this no-spare-time predicament.) So, I say -- in the spirit of Thanksgiving -- let's all be thankful for pre-made mixes and microwaves!
Posted by Sree at 8:42 PM