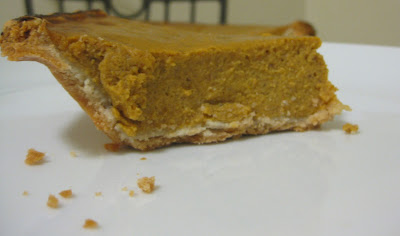 With a few tweaks to Libby's Famous Pumpkin Pie, you can end your Thanksgiving feast with a satisfying exotic twist. 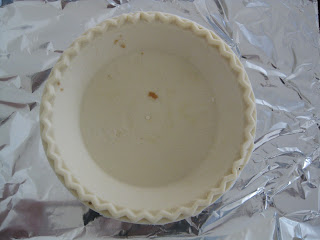 1. Line the cookie tray with aluminum foil. Place the pie shell in the center. 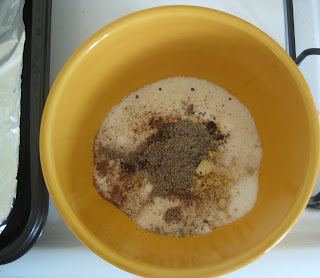 2. In a small mixing bowl, mix together the sugar, salt, cardamom, cinnamon, ginger, cloves, and a dash of freshly ground black pepper (about four grinds from the pepper grinder).
3. Preheat the oven to 425°F. 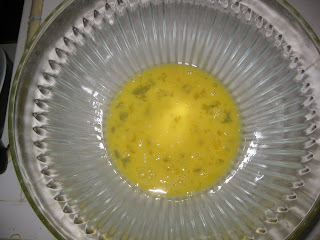 4. In a large mixing bowl, beat the eggs. 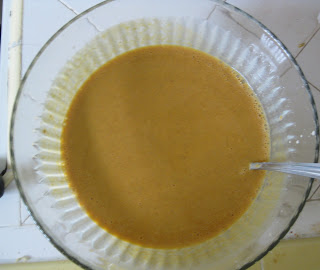 5. Stir in the pumpkin and the sugar-chai spice mixture to the eggs. Gradually stir in the evaporated milk. 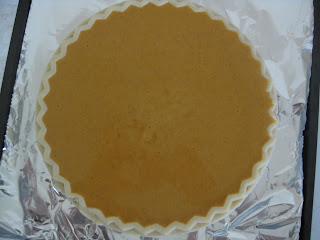 6. Pour into the pie shell. 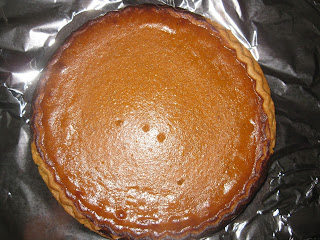 7. Bake for 15 minutes. Reduce temperature to 350°F, then bake another 40-50 minutes or until a toothpick inserted near the center comes out clean. Cool for about two hours. Serve warm or refrigerate and serve chilled.
Serves 8-10.

The AHH Factor: About a month ago, I panicked and bought a bunch of canned pumpkin. Why? Apparently, I am still traumatized over last year's pumpkin shortage, which very nearly almost left me without pumpkin pie on Thanksgiving. (I finally found a few cans, after getting on the phone and literally calling store after store.)

My family has traditionally used Libby's Famous Pumpkin Pie as our recipe, and it is delicious. This year, I wanted to try something a little different, while still staying true to the essence of one of my all-time favorite desserts. Lucky for me, this pumpkin pie recipe already has many of the spices that are traditionally found in the spiced Indian tea known as Chai. So, all I did was add two more spices to the mix -- ground cardamom and ground pepper. With those tweaks, this pumpkin pie becomes an Indian fusion dish that's even more warming than a typical pie. Even the aroma wafting from the oven was reminiscent of a Hot Chai, and, even though I usually prefer my pumpkin pie chilled, the first few bites of the warm pie were so satisfying as it was like Chai + Pumpkin all in one. Coffee Bean & Tea Leaf: Are you listening?

So, now I have an extra pie shell -- not from a panicked moment but just because the shell package came with two. Any suggestions?
Posted by Sree at 7:14 PM