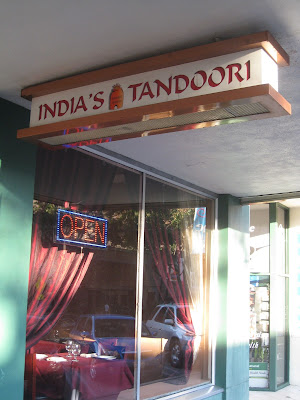 The India's Tandoori has some excellent dishes and is in an adorable neighborhood, but the slow service and blah interior take it down a few notches.

The Details: Ahh, the lure of the Groupon. When Nick's friend Nicole mentioned that she'd bought a Groupon for The India's Tandoori in Burbank and needed help using it, we, of course, obliged. That's just the kind of friends we are!

It's located in downtown Burbank, which, by the way, is surprisingly cute! I don't venture into the Valley often, but I liked how walkable this downtown is -- there are a ton of restaurants (more than 80, according to a tourism site), 200 shops, plus the occasional fine arts festival and a summer concert series. Plus, we were there on Halloween, so children had donned costumes and were going from business to business to claim their candy. (I was happy that The India's Tandoori participated in the candy giveaway.)

The restaurant interior is blah. There are some Indian wall hangings in frames on the walls, and the music was way too loud. I'm a loud talker in general, but I found myself yelling over the music (especially embarrassing during the pauses between songs).

Service was exceptionally slow. I actually got worried toward the end of our meal when we couldn't find anyone to bring us our bill -- and our free parking spot was only intended for 90 minutes. It really shouldn't take more than 90 minutes to eat dinner at a casual restaurant. Not cool, The India's Tandoori. 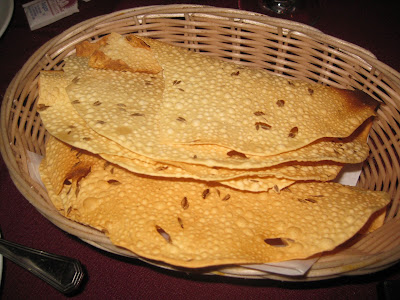 The restaurant offers the standard complimentary papadum, which is always nice, but it took a really long time to come out of the kitchen -- apparently because the cook wanted to burn it first. 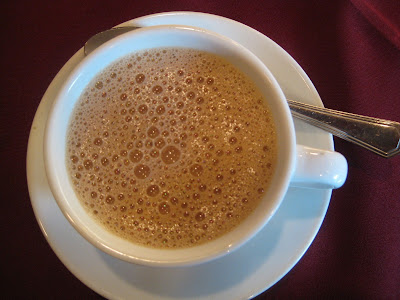 After I added sugar, the Chai Tea was good. Also, it came with free refills. 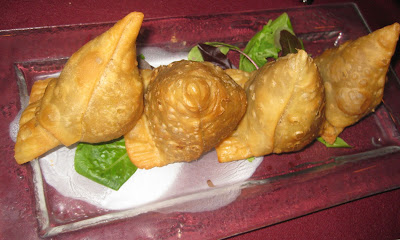 In some cases, bigger isn't better. These Lamb Samosas would have been better if they were smaller. Parts of these large samosas were devoid of filling, and the filling that was inside tended to fall out after a bite or two. 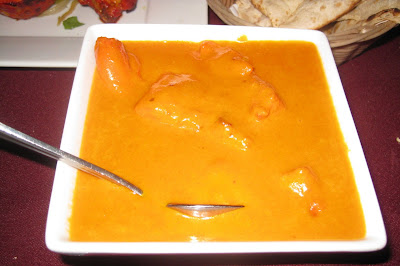 The Chicken Tikka Masala "melts in your mouth," Nicole commented. I agree that this dish, especially the sauce, was excellent. 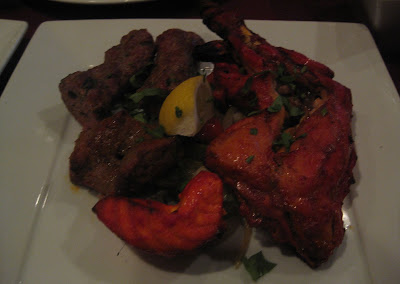 Turned out we couldn't use the Groupon toward the Tandoori Mixed Grill (which we didn't find out until we tried to order it),but since ordered $30 worth of other items (the Groupon value), we were able to try out this dish. We figured that with a name like "The India's Tandoori," the visit wouldn't be complete without sampling the restaurant's tandoori specials. This dish included mostly chicken tandoori, with some lamb tikka, fish tikka, sheekh kabob, and (one) tandoori king prawn (the prawn was big, so we split it). I think tandoori chicken is a barometer for how good an Indian restaurant is, and this restaurant passed this test. The chicken was great and not too dry (a common problem). I didn't think the fish worked, but both Nicole and Nick liked it. Nick was impressed that the fish stood up to baking. I wasn't impressed with the prawn -- it had too much lime juice and was dry. 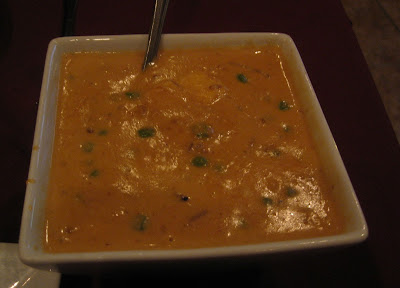 It is a compliment to the restaurant that Nick liked the Matar Paneer, a dish of green peas and Indian cheese in a saffron sauce. (He tends to not like most vegetarian dishes.) 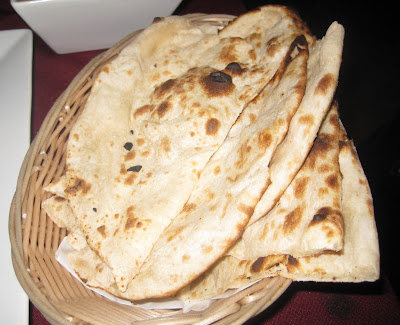 The restaurant's Naan was good. We got the regular naan, but the restaurant does offer many naan choices from Cheese Naan to Garlic Basil Naan to Chicken Naan. 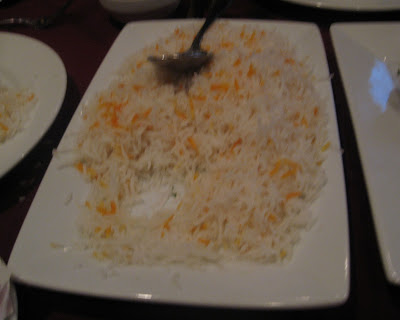 We also ordered some rice, which I believe was the Pullao Rice for $1.95.

All in all, I wouldn't make the trek out to the Valley again to go here, but if I was in the area I'd be happy to stop by in for some of these dishes and to try out more of the menu.

Have you been to The India's Tandoori? What did you think? And what's your restaurant pet-peeve?