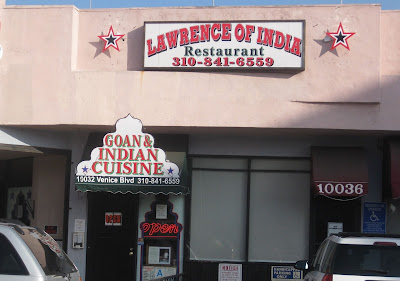 Happy Thanksgiving all! I hope you're having a wonderful day and enjoying all of the food (hell yeah!) that goes along with the season.

This year, I'm thankful for so many things. Nick and I live together, FINALLY. Coming from traditional households, we didn't live together until we were officially married. That meant that for three years we were taking turns commuting each weekend from Long Beach (where I lived) to Pasadena (where he lived). With LA traffic, it seriously felt like a long-distance relationship sometimes. But now we both live together in West LA, and it has made all of the difference in how much free time we each have.

After working his way up from pantry boy at the Ashoka Hotel in New Delhi, India, Lawrence immigrated to the U.S. in 1975. He worked as a chef at an Indian restaurant until in 1986, when he opened his namesake restaurant in Culver City. That restaurant was open for 11 years, after which he took an 11-year hiatus from the restaurant industry. Then in March of 2010, he reopened Lawrence of India at the current location.

It's a hole in the wall and sadly easy to overlook. The staff was telling us how they were hoping for outdoor seating (to attract the eye of passers-by), but the landlord won't let them. However, I honestly don't think it would make a difference in catching the eye of drivers or pedestrians. The bigger obstacle is a tall partial wall at the Venice side of the complex that blocks the view of the restaurant and the complex's other tenants.

Once inside, I noticed the cool fabric-adorned seating and the green and gold color scheme.

Before I get to the food, I do want to give props to the excellent customer service here. We got attentive service from all the employees, plus we even got some items on the house. I was concerned that may have been because I'm a food blogger, but after Googling some other reviews of Lawrence, it seems like a few extras are pretty standard here.

The food here is inexpensive, which the frugal part of me of course loves. The restaurant specializes in both Indian and Goan cuisine (Goan cuisine uses more coconut milk and more cardamom than Indian cuisine, according to the restaurant's staff). Unfortunately, taste-wise it's just average. 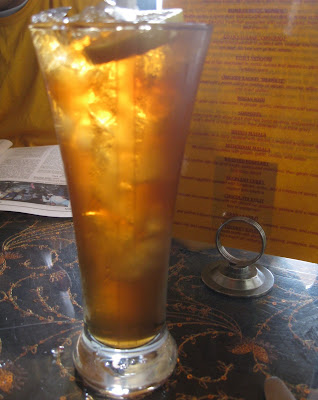 I started with the Signature Iced Tea, a Goan specialty of the restaurant. It was sweetened, and the blend of spices was excellent. I could really taste the cardamom. 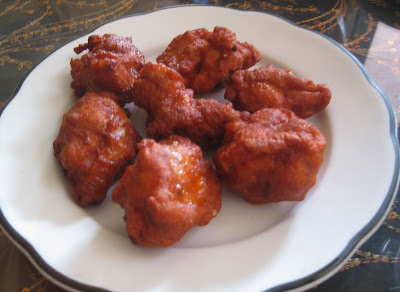 We got an order of Chicken Pakoras for an appetizer. These are boneless pieces of chicken dipped in chickpea batter with spices and deep fried. Not the healthiest thing on the menu, but generally pretty tasty. 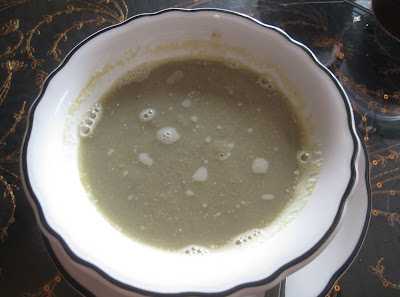 My order (the Chicken Saag dinner) came with soup, but our first freebie was that Lawrence whipped up an extra Lentil Soup for Nick. (I should note thought that one freebie that restaurant does NOT provide is papadum. Weird.) It was just OK. Nick added salt to his. The texture was odd. It was like the lentils were pulverized. I would have liked it better if the lentils were left whole. (The other option with the dinner choice was salad.) 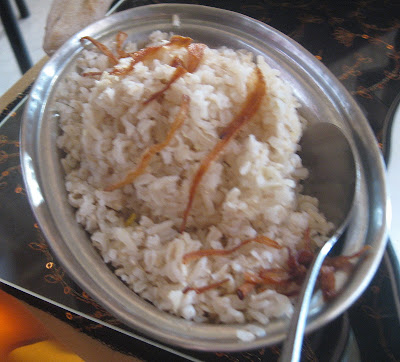 Brown rice also came with my order. (I could have gotten white rice, but since it was up to me I chose the fiber-rich option.) I liked the fried onion garnish on top. 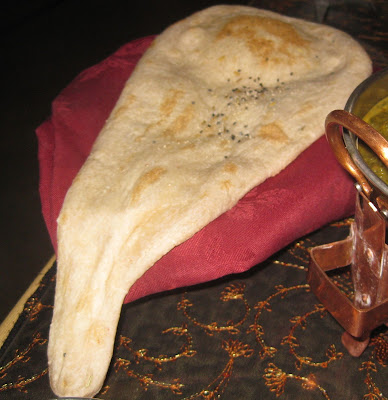 I chose naan (the other option was roti) for my bread. As you can see, this was an unusually-shaped naan. It was also unusual in the taste department. I was not a fan. The flavor and the texture were both off. 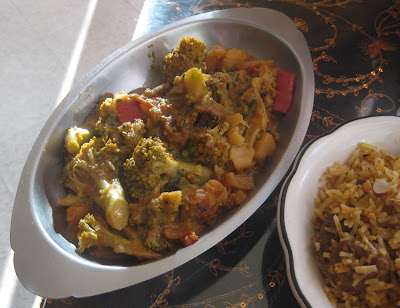 The dinner orders don't come with vegetables, but Lawrence whipped up a freebie for us. A sweet idea, but sadly, I didn't like the flavor at all. 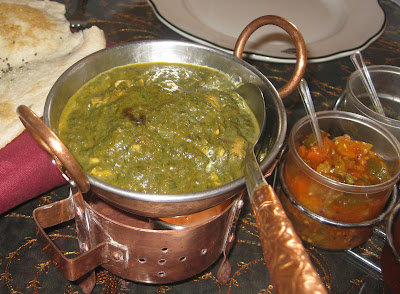 My main dish was Chicken Saag. Unfortunately, this was just OK. It really needed more flavor. I felt like the spices should have been tripled to be to my liking. 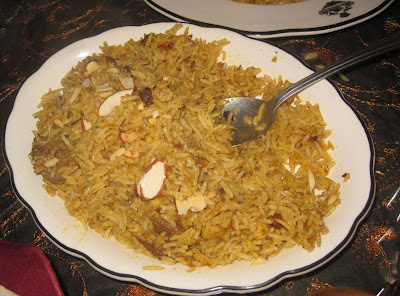 Nick ordered the Lamb Biryani. It was a small portion, but Nick enjoyed it. He felt the spices were on the mark. 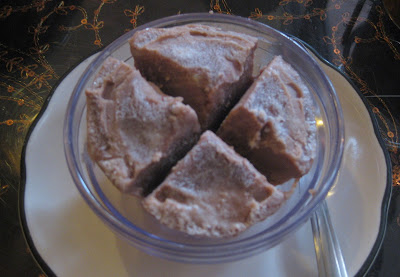 I give Lawrence props for his creative takes on Indian dessert. He offers kulfi in unique flavors (well, unique for Indian food): vanilla, chocolate (what we got), and coconut. These are his own creations. I'd recommend the chocolate one for sure. The texture and flavor was great. 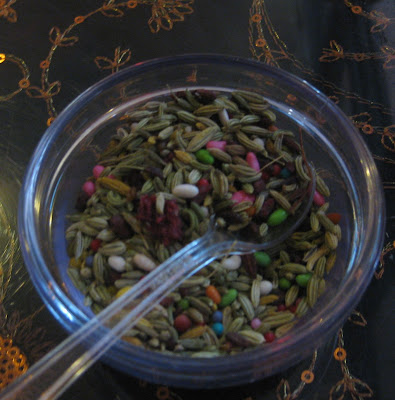 One last freebie, which I think the restaurant gives to everyone, is this traditional Indian palette cleanser of seeds at the end of the meal.

Nick in general liked this restaurant more than I did. I think because he was enamored with the custom service, whereas I was kind of bummed with the quality of several of the dishes. For the variety of food though, I don't think the price can be beat.

The restaurant is in LA Bite as well, which means we may be turning to it on a lazy day sometime in our future. Now that we don't have to waste hours commuting, we have time to be lazy and just enjoy the day :)