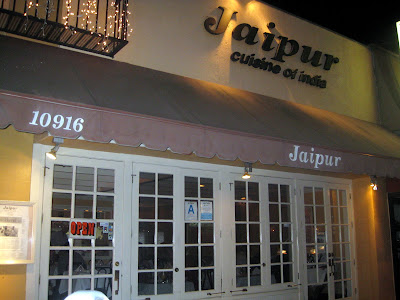 There's lots of choice for Indian food on Pico Boulevard in West LA, but Jaipur Cuisine of India holds its own against the competition.

Is it weird to have two Indian restaurants cater-corner from each other? And is it weirder that I fell so in love with the first one I tried that I've gone back multiple times for Indian food, but still haven't managed to take that first big step across the street to try the other one? (I'm sure there's a "Why did the chicken cross the road?" joke in there somewhere.) Well, Nizam Indian Cuisine, I promise next time I'm on this stretch of Pico I'll walk in your doors instead, but this review is for one of my visits to Jaipur Cuisine of India, your arch-rival across the street.

Jaipur provides an intimate setting of only about 14 tables with saffron-colored walls and warm lighting. From the dining area, there's an open window to the kitchen so you can see behind the scenes. I love the transparency of being able to peer into the kitchen. I figure if it's an easy glance away there's nothing sketchy going on in there, or that's my theory anyway.

Parking is officially street parking, but there does happen to be an entrance to the Westside Pavilion's free parking garage right next to Jaipur's entrance... When I see something on a restaurant menu that I've never heard of before, I pretty much always order it. I don't recommend this tactic -- and I'm sure Nick doesn't either, as it sometimes results in my eating Nick's food instead -- but regardless, this is how the mint-filled Tandoori Jumbo Mushrooms were ordered. And, in this case, you can now safely order this dish as it is saagAHH approved -- mouthwatering! The mushrooms were presented hissing from the tandoor like a fiery beast that can only be silenced by slicing and swallowing. 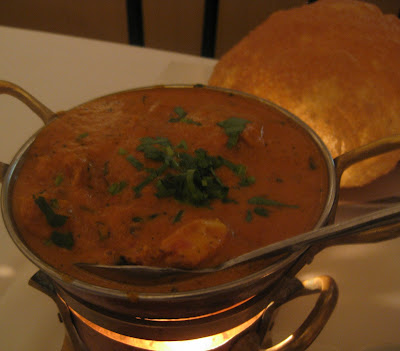 Nick ordered the Chicken Makhni, which was buttery delicious. It tasted just like a great Chicken Tikka Masala, so I am a bit confused as the restaurant also has tikka masala as a separate dish on the menu. The only difference I can gather is in the menu descriptions: makhni is described as "tandoor" chicken pieces whereas tikka masala is described as "barbequed" pieces of chicken. I have a feeling you won't go wrong with either. (Actually I think I had the tikka masala on another visit when I did the lunch buffet.) 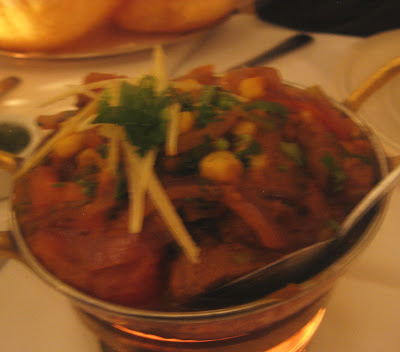 We also got the Mutton Sohitya, which is lamb cooked with lemon, corn, and a touch of cinnamon and cloves. I love the corn kernels scattered on top for color. (Rice has to be ordered separately, so we got the Plain Rice -- steamed basmati -- for $3.50.) 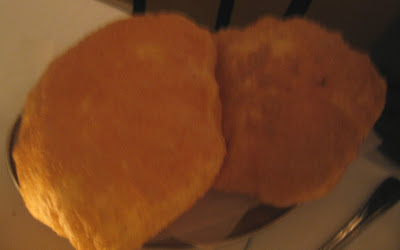 We ordered several breads, as Nick can never resist when he sees Poori on the menu. It's so fun and fluffy that I can't necessarily blame him. 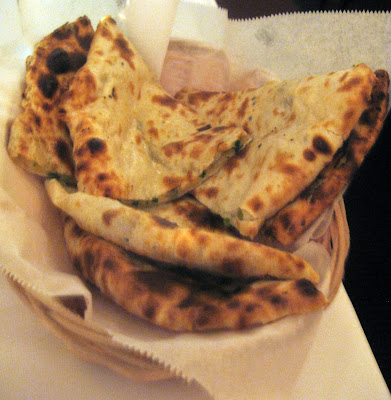 We also couldn't resist trying one of the Stuffed Naans. You can choose from an assortment: spinach-stuffed, onion-stuffed, dried fruit and nut-stuffed, lamb-stuffed, etc. 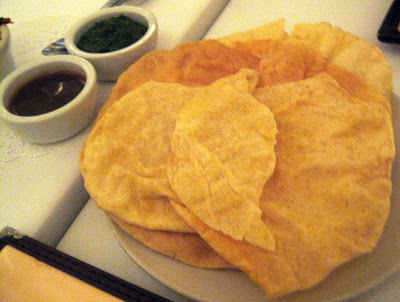 As is standard, Papadum was offered as a complimentary starter, with two chutneys. 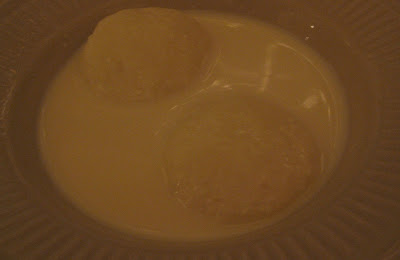 Not standard, but somehow we scored free Ras Malai, which is soft paneer soaked in cream and is so yummy.

On another occasion I tried Jaipur's Sunday lunch buffet with two friends who were visiting, and all three of us loved it...maybe having another Indian restaurant across the street keeps Jaipur on its toes?